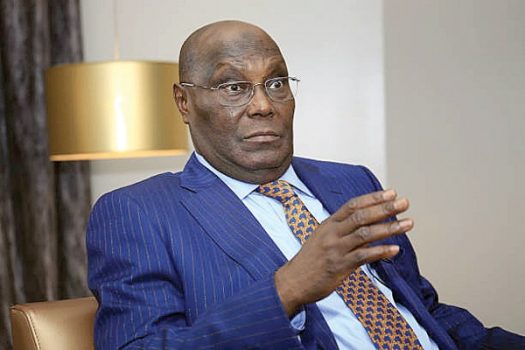 The Supreme Court on Wednesday dismissed the appeal filed by former Vice President and presidential candidate of the Peoples Democratic Party (PDP), Alhaji Atiku Abubakar challenging the victory of President Muhammadu Buhari at the February 23, 2019 poll.

The Chief Justice of Nigeria (CJN), Justice Tanko Muhammad who led the seven-man panel of the apex court had in the lead ruling overruled Atiku and his party’s request that their seven interlocutory appeals should be heard after the main one must have been argued.

The seven-man panel held that it would be unnecessary to hear the interlocutory appeals when a judgment on the main appeal marked SC.1211/2019 would cover the field.

The Apex court consequently dismissed the appeals by Atiku and the PDP for lacking in merit.

Speaking to newsmen shortly after the ruling, lead counsel for the appellants, Mike Ozekhome (SAN) said he was not expecting much from the court as the Electoral Act was written in such a way as to work against an appellant in any election matter.

He argued that it was not only improbable but impossible for his team to provide the more than 3,000 witnesses needed to prove its case before the court in just ten days as provided for in the Electoral Act.