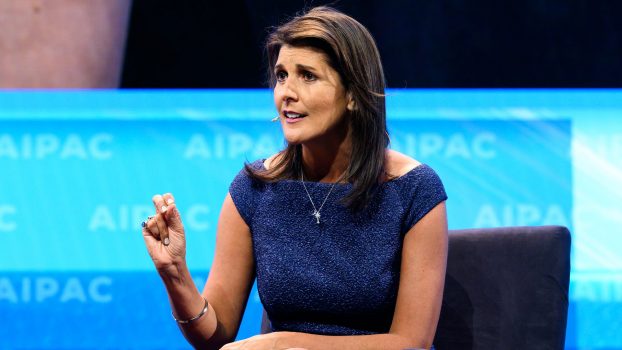 Former United States ambassador to the United Nations, Nikki Haley has said that two top White House aides encouraged her to undermine President Donald Trump. In a new book titled With All Due Respect, Ms. Haley says then Chief of Staff, John Kelly and then Secretary of State, Rex Tillerson told her to resist some of Mr. Trump’s demands, telling her that they were trying to save the country.

While there has not been any immediate comment from Mr. Tillerson, Kelly said he had wanted the president to be fully informed.

“If by ‘resistance’ and ‘stalling’ she means putting a staff process in place to ensure he (Trump) knew all the pros and cons of what policy decision he might be contemplating so he could make an informed decision, then guilty as charged,” Kelly told CBS.

“It was their decisions, not the president’s that were in the best interests of America, they said,” Haley wrote in the book which was seen by the Washington Post before its release tomorrow, Tuesday.

She added that Mr. Tillerson told her people that would die if President Trump, who has already tweeted his approval of the book was not restrained.

The 47-year-old Haley said she had refused the request from Mr. Kelly and Mr. Tillerson and called it dangerous and offensive.

“It should have been ,go tell the president what your differences are and quit if you don’t like what he’s doing. But to undermine a president? It is really a very dangerous thing and it goes against the constitution and it goes against what the American people want. It was offensive,” she added.

The former ambassador however said she disagreed with the president over his handling of Russian President, Vladimir Putin at a summit in Helsinki in 2017.

She also wrote that his comments after the deadly white supremacist rally in Charlottesville in 2017 that there were good people on both sides had been hurtful and dangerous.

Ms. Haley also said she supported a number of Mr. Trump’s policies which others within the administration opposed such as his decisions to pull the US out of a nuclear deal with Iran and to withdraw from the Paris climate agreement.

In an interview with CBS, Haley also criticized the moves by House Democrats to impeach the president, describing impeachment as being like the death penalty for public officials.