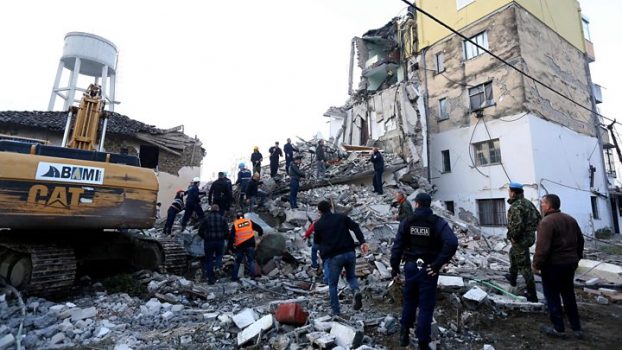 At least 23  people have been killed after a 6.4 magnitude earthquake hit Albania, the Albanian defence ministry has said..

The quake hit 34km (21 miles) north-west of the capital, Tirana, in the early hours of Tuesday. Hours later, a separate earthquake struck the city of Mostar in Bosnia. There were no reports of casualties.

Soldiers, police and emergency workers have been searching through the debris of buildings, where people are still believed to be trapped. So far, about 45 survivors have been extracted from the ruins, according to officials.

The majority of fatalities occurred in the coastal city of Durres and in the town of Thumane, 40km to the north-west of Tirana and close to the epicentre, according to the defence ministry.

More than 600 people have been treated in hospital, Albanian state media reported.

The European Commission said it had deployed rescue teams from Italy, Greece and Romania to help with the search efforts.

“We stand by Albania at this difficult time following the earthquakes. We have mobilised immediate support to help local authorities,” the commission wrote on Twitter.