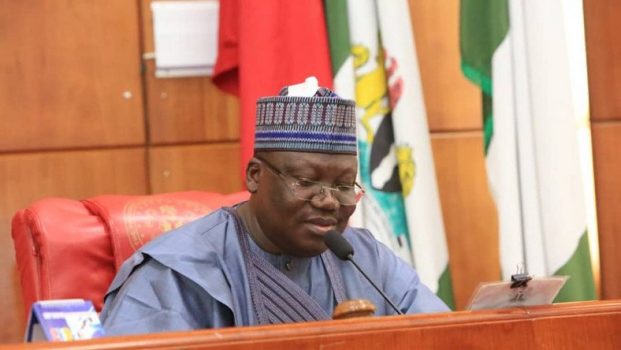 Nigeria’s  Senate President,  Ahmad Lawan has directed the newly confirmed board members to take over the affairs of the Niger Delta Development Commission, NDDC with immediate effect.

He gave the directive on Tuesday after the Senate confirmed the appointment of the nominees forwarded to it by President Muhammadu Buhari last week.

The Minister of Niger Delta Affairs, Godswill Akpabio, had set up an interim management team that would be in place for six months to oversee a forensic audit of the agency. Lawan said the law setting up the NDDC does not recognise any interim arrangement once a board is in place.

The Senate confirmed former Deputy Governor of Edo State, Dr. Pius Odubu as Chairman of the Board and Mr Bernard Okumagba from Delta State as Managing Director.

The Senate also confirmed the nominee for the position of Executive Director, Finance and Administration, Maxwell Okoh from Bayelsa State.

Dr. Joy Yimebe Nunieh, who is the current Managing Director of the NDDC under the Interim Management Board as constituted by Akpabio and who happens to be the nominee from Rivers State was absent throughout the Senate screening. Her nomination was therefore rejected by the Senate.