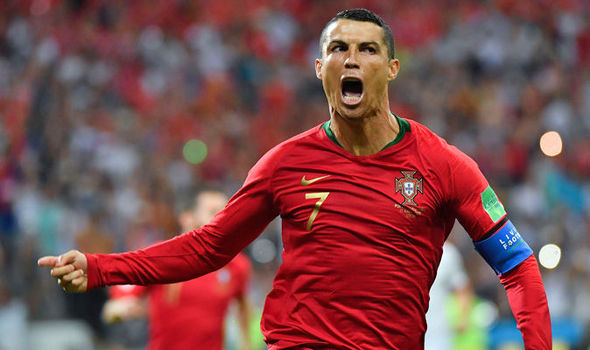 Portuguese International and Juventus of Italy striker, Cristiano Ronaldo has vowed to break the world record for men’s international goals after scoring his 99th goal for Portugal in a 2-0 win over Luxembourg on Sunday.

Ronaldo is 10 goals shy of the 109 goals record held by Iran legend, Ali Daei after witnessing his most prolific year for the Portuguese national football team with 14 goals.

“All records must be broken and I will beat that record,” he told reporters.

Portugal, the current European Cup holders needed to beat Luxembourg to secure a place at next summer’s tournament. The side tutored by Fernando Santos finished second in Group B, three points clear of Serbia.

Ronaldo, who struck his 9th international hat-trick against Lithuania on Thursday last week must however wait until the next international break in March for the chance to become just the second male player to reach 100 international goals.