Super Falcons Goalkeeper, Nnadozie Voted The Best In Africa, 14th In The World 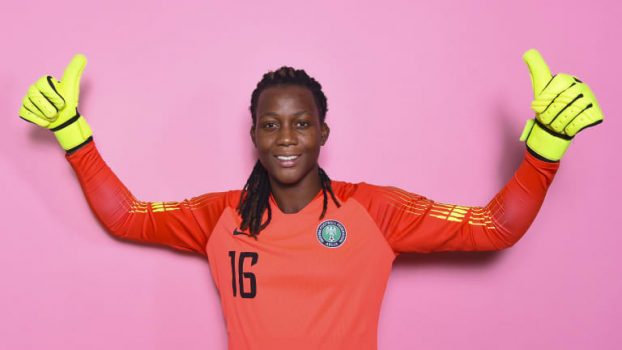 Super Falcons of Nigeria goalkeeper, Chiamaka Nnadozie has been named the best goalkeeper on the African continent and the 14th best in the world by the International Federation of Football History & Statistics (IFFHS).

The 18-year-old Rivers Angels shot-stopper caught the eye of football fans at the 2019 FIFA Women’s World Cup in France earlier this year.

She featured in all but one of Falcons games in France including the 2-0 win over South Korea where she became the youngest ever goalkeeper to keep a clean sheet in a Women’s World Cup game.