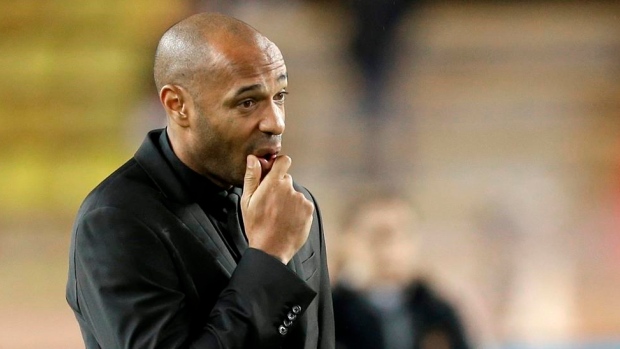 Former French International and Arsenal legend, Thierry Henry has been appointed as head caoch of Major League Soccer (MLS) club side, Montreal Impact on a two-year contract with the option of a further season.

The former Barcelona of Spain striker whose unsuccessful stint in charge of Lique 1 side, Monaco ended in January interestingly ended his playing career in the MLS, scoring 51 goals in 122 appearances for the New York Red Bulls from 2010 to 2014.

“It’s an honour to become head coach of the Montreal Impact and return to MLS. It’s a league I know well in which I had some very nice moments.

“To be in Quebec, in Montreal which has a huge multicultural heritage. It’s extraordinary. I have always had an eye on this club and now I’m here,” the 42-year-old said on the club’s official website.

Henry, who also played for Juventus and Monaco and was a World Cup winner with France in 1998 lasted only three and a half months in charge of Monaco after failing to rejuvenate the struggling side following the departure of Leonardo Jardim.

Despite that, Impact’s Sporting Director, Olivier Renard is optimistic and confident that Henry, who previously served as the assistant to Belgium’s Roberto Martínez is the right man to bring success to the Canadian club.

“We are very happy to have Thierry join us. Young and dynamic, he is very familiar with MLS and meets the qualities we were looking for in our search.

“This nomination, two months before the start of camp in January, will give us a chance to build our squad with the man that will lead it,” Renard said.

Impact’s President and CEO, Kevin Gilmore added: “Henry will bring a new dynamism to our club. He shares our vision of wanting to elevate this organization by helping us achieve our goals on and off the field.

“He is a competitor and a leader who has distinguished himself at the highest level throughout his career. He brings his skills with him to Montreal, a place he wants to be.”

Henry will be hoping to improve the fortunes of Impact who finished ninth in the Eastern Conference and 18th overall last season under Wilmer Cabrera.