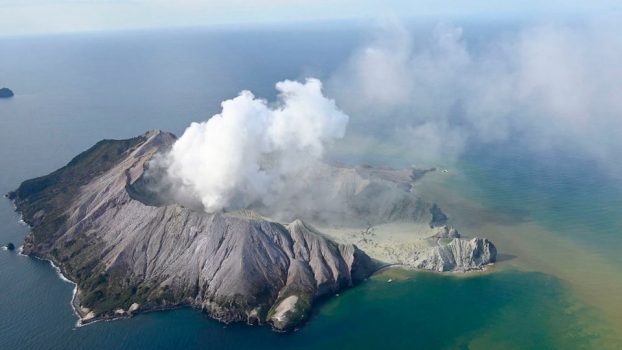 Police on Tuesday said the eight people still missing after a volcanic eruption which killed six people in New Zealand are presumed dead.

Authorities say they are opening an investigation into circumstances surrounding the deaths and injuries on White Island after Monday’s volcanic eruption.

Tourists from at least one tour cruise ship were on the island in the Bay of Plenty located at about 30 miles off the northeast New Zealand coast when the country’s most active cone volcano, erupted at 2:11 pm on Monday.

New Zealand’s Prime Minister, Jacinda Arden said at least one of the eight missing people was among nine United States nationals who were on the island at the time of the eruption.

Forty-seven people were on Whakaari White Island when its cone volcano erupted on Monday. Another death which was announced on Tuesday raised the confirmed toll to six.

The country’s Deputy Commissioner of the National Police John Tims told reporters at a news conference on Tuesday that all the people who had been rescued from the island had been safely evacuated.

He said: “Everyone that could be taken from the island yesterday were rescued at the time of the evacuation. A number of flights were carried out throughout the day and no signs of life were seen,” he said, adding: “There are eight people missing and presumed deceased.”

Authorities said that 25 of the 31 injured persons were in burn units and that it was possible that not all of them would survive.

In addition to the nine Americans, Tims further disclosed that the others who were on the island were 24 Australians, five New Zealanders, four Germans, two Chinese, two Britons and a Malaysian.