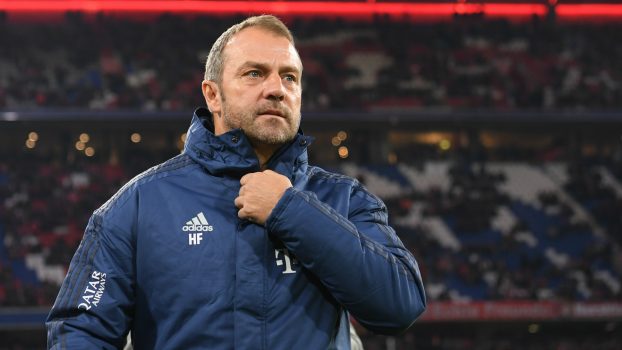 The management of German Bundesliga outfit, Bayern Munich have announced the appointment of Hansi Flick as coach until the end of the season.

The 54-year-old Flick was promoted following the dismissal of Niko Kovac in early November. He was originally appointed for two matches against Olympiakos and Borussia Dortmund in the Champions League.

The  two victories in both encounters earned him the trust of the club management and squad which necessitated the decision to allow him to continue until the winter break.

“I’m happy that FC Bayern is continuing to place trust in me as head coach. I really enjoy working with the team and the coaching team.

“We have achieved a good starting position for the second half of the season in the Bundesliga, DFB Cup and Champions League.

“Now, we’re recharging our batteries and we’ll prepare ourselves intensively for the second half of the season at the training camp. Then we’ll try to achieve as many victories and titles as possible,” Flick said.

Speaking on the development, the club’s Chief Executive Officer, Karl-Heinz Rummenigge said the club was satisfied with the job so far done by Flick and wished him success with the enormous task ahead.

“We at FC Bayern are very satisfied with Hansi Flick’s work. Under him as head coach, the on-field development has been outstanding, both in terms of the quality of our play and the results achieved.

“We set a new record in the 28-year history of the Champions League with six wins in six matches in the group stage and in the Bundesliga we have returned to touching distance of the top of the table.

“I am convinced that FC Bayern will continue next year where we left off in the last few games, namely playing attractive and successful football. On behalf of FC Bayern as a whole, I wish Hansi Flick every success,” Rummenigge said.

Bayern, who had been linked with several top managers like Arsene Wenger, Jose Mourinho, Mauricio Pochettino and Thomas Tuchel will now have time to bring in a new head coach for the 2020-2021 season.