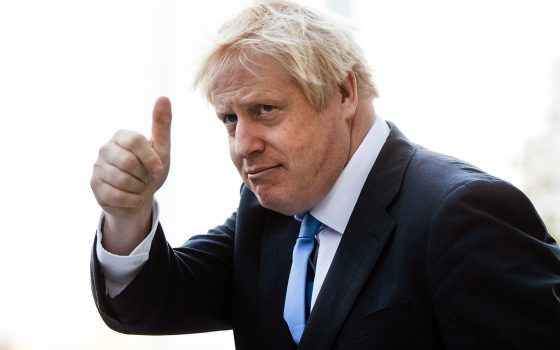 The British Prime Minister, Boris Johnson on Friday promised to wrap up parliamentary vote on his deal for Britain to leave the European Union (EU) on Friday.

The move which he described as delivering on his promise to get the Brexit vote wrapped up for Christmas after his landslide election victory is coming against the background of several defeats in the previous parliament.

Johnson, who now enjoys a large majority in the British parliament is expected to face little opposition in passing the bill to implement Britain’s biggest foreign and trade policy shifts in more than 40 years.

More than three years since Britain voted to exit the EU in a 2016 referendum, the uncertainty over Brexit has now been replaced by the firm deadline of January 31.

“This is the time when we move on and discard the old labels of ‘leave’ and ‘remain’. Now is the time to act together as one reinvigorated nation, one United Kingdom,” Johnson told parliament.

“Now is the moment to come together and write a new and exciting chapter in our national story to forge a new partnership with our European friends, to stand tall in the world, to begin the healing for which the whole people of this country yearn,” he added.

The final stages of ratification will take place after Christmas, with the lower house of parliament having until January 9, 2020 to approve the legislation, giving it just over three weeks to then pass through the upper house and receive Royal Assent.

Johnson further said he wants Friday’s vote to show his intent and prove that he, unlike his predecessor, Theresa May can get his Brexit deal passed by lawmakers.