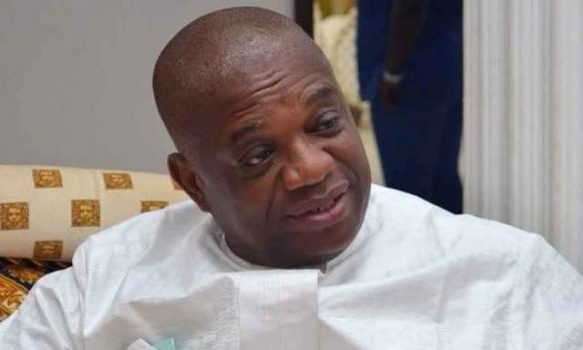 The Federal High Court in Lagos on Tuesday dismissed the bail application filed by the Senator representing Abia North Senatorial District in the National Assembly, Orji Uzor Kalu pending the determination of his appeal against his fraud conviction.

Justice Liman said there was no evidence to prove that Kalu who was a former governor of Abia State was suffering from any chronic diseases which were not contagious.

Delivering the judgment, Justice Mohammed Liman also rejected Mr. Kalu’s argument that there were substantial grounds in his appeal against his conviction, saying it is an irrelevant ground.

Justice Mohammed Idris had on December 5 convicted and sentenced Kalu to a concurrent term of 12 years imprisonment over N7.2 billion fraud following his arraignment by the Economic and Financial Crimes Commission (EFCC).

The anti-graft agency had charged and prosecuted Kalu alongside his former Commissioner for Finance, Jones Ude Udeogo and his Company, Slok Nigeria Limited on an amended 39 counts charge of fraud.

The court also ordered that Slok Nigeria Limited be wound up and its assets forfeited to Federal Government of Nigeria.