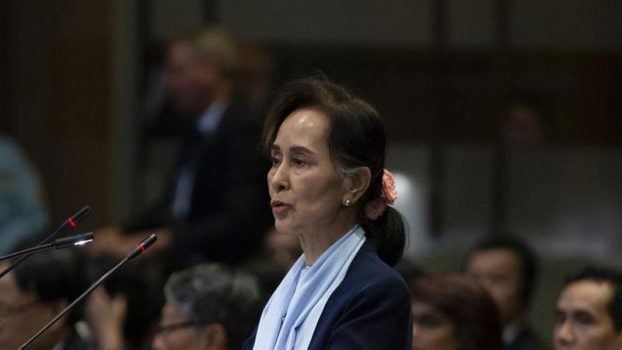 She said troubles in Rakhine, where many Rohingya lived, go back centuries.

The Gambia had filed the case at the ICJ in The Hague alleging it violated the 1948 Genocide Convention.

“The Gambia has placed an incomplete and misleading picture of the factual situation in Rakhine State,” Suu Kyi said.

“Surely under the circumstances, genocidal intent cannot be the only hypothesis. Can there be genocidal intent on the part of the state that actively investigates, prosecutes and punishes soldiers and officers, who are accused of wrongdoing? Although the focus here is on members of the military, I can assure you that appropriate action will be taken on civilian offenders, in line with due process.”

Thousands of Rohingya were killed and more than 700,000 fled to neighbouring Bangladesh during an army crackdown in Buddhist-majority Myanmar in 2017.

Myanmar had always insisted it was tackling an extremist threat in Rakhine State and Ms Suu Kyi also maintains the same view.

She has chosen to stand with the same army that kept her under house arrest for years.