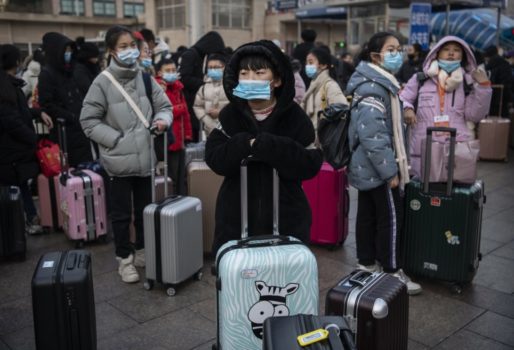 The death toll from a new flu-like coronavirus in China rose to nine on Wednesday with 440 confirmed cases, Chinese health officials said as authorities stepped up efforts to control the outbreak . Authorities also warn that the virus  could mutate and spread.

The illness is mainly transmitted via the respiratory tract and there is the possibility of viral mutation and further spread of the disease, National Health Commission Vice-Minister Li Bin told a news conference in Beijing.

The World Health Organization (WHO) will hold an emergency meeting Wednesday to determine whether to declare a rare global public health emergency over the disease which has now been detected in the United States, Taiwan, Thailand, Japan, South Korea and Macau.

The first case in the United States — a Seattle resident in his 30s — is in good condition, American officials said.

The Chinese government has classified the outbreak in the same category as the SARS epidemic, meaning compulsory isolation for those diagnosed with the illness and the potential to implement quarantine measures.