Coronavirus Outbreak Spreads In Europe Even As Algeria Confirms Case 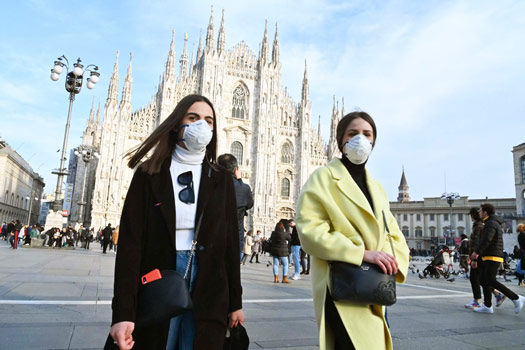 Several European countries have announced their first coronavirus cases, all linked to the growing outbreak in Italy.

Austria, Croatia and Switzerland said the cases involved people who had been to Italy just as is the case of Algeria’s newly announced first victim who had travelled from Italy.

The first positive virus test has also been recorded in Latin America – a Brazilian resident who just returned from Italy. Italy has in recent days become Europe’s worst-affected country, with more than 300 cases and 11 deaths.

Also, South Korea on Wednesday reported 115 new cases of the coronavirus, bringing the total number of infections there to 1,261, according to local media reports. Eleven people have died in the country, which has the most infections outside China.

The US military confirmed that one of its soldiers based in South Korea had tested positive for the virus, marking the first infection of a US service member. It said the 23-year-old soldier who had been based near the city of Daegu was in self-quarantine.

Some 28,500 US troops are stationed in South Korea as a deterrent against potential aggression from North Korea.