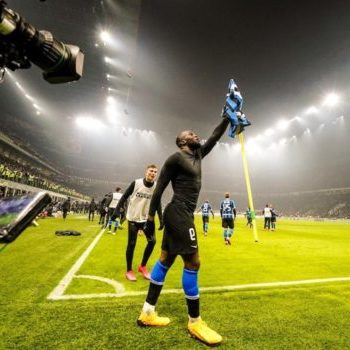 Inter Milan launched a superb second-half comeback from 2-0 down to stun rivals AC Milan and go top of Serie A on Sunday.

Inter came roaring back early in the second half and soon found themselves back on level terms. At injury time, Lukaku scored the fourth goal for Inter Milan making the final score 4 – 2 in favour of Inter Milan.

Inter are now unbeaten in 16 league games and will host Napoli on Wednesday, before a crucial clash against fellow title challengers, Lazio next Sunday.

“It’s still very early to talk about something we can only dream of for now,” Inters Coach, Antonio Conte told Sky Italia.

“We can have a dream. It’s a very intense period for us coming up and after that we’ll have a better idea of our potential and our real capabilities.

“We can’t achieve everything from one day to the next, but we are building. These guys proved they have great strength and guts today,” he added.