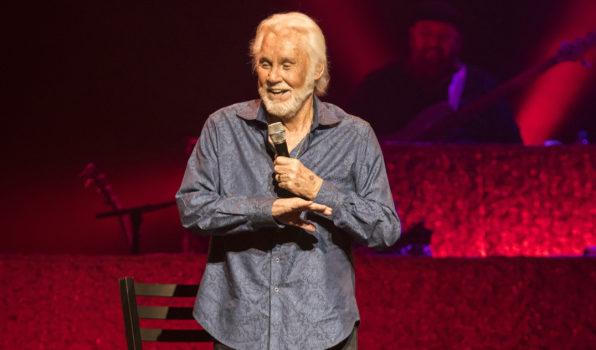 American country music legend, Kenny Rogers has died aged 81, according to a statement posted by his family.

Known for such hits as “The Gambler,” “Lady,” “Islands in the Stream,” and “Lucille,” Rogers died peacefully at home in Sandy Springs, Georgia, of natural causes at 10:25 p.m., the statement said.

Born in Houston, Texas, Rogers had his first gold single at age 20 with a song called “That Crazy Feeling” under the name Kenneth Rogers.

He then joined a jazz group, the Bobby Doyle Trio, as a standup bass player. His breakthrough came in 1966, when he was asked to join a folk group called the New Christy Minstrels.

The band reformed as First Edition and scored a pop hit with the psychedelic song, “Just Dropped In (To See What Condition My Condition Was In).”

After the group disbanded in 1974, Rogers pursued a solo career and his 1977 hit “Lucille” crossed over to the pop charts and earned the crooner his first Grammy.

Rogers topped pop and country charts during the 1970s and 1980s, He was a six-time Country Music Awards winner and three-time Grammy Award winner.

Rogers was inducted to the Country Music Hall of Fame in 2013, for what organization officials called a “distinctive, husky voice.”

He had 24 No. 1 hits and through his career more than 50 million albums sold in the US alone.

In 1985, he participated in the original recording of “We Are the World” along with more than three dozen artistes. A year later, according to his website, he co-chaired “Hands Across America,” a campaign which sought to raise awareness about the homeless and hungry in the US.

In 2015, Rogers announced his retirement. He said:

“I’ve been so lucky to have enjoyed such a long career and to have such amazing support from my fans and all who have helped me along the way, but there comes a time when I need to focus on spending time with my family,” he had said, according to his official website.