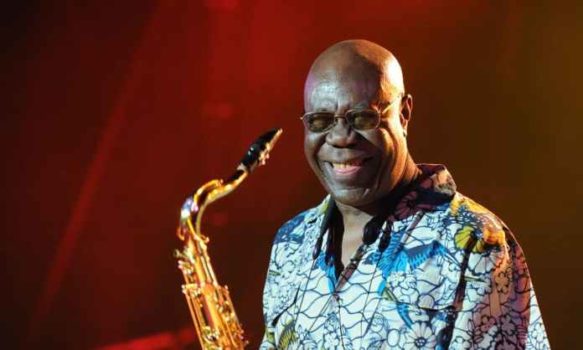 Cameroonian Afro-jazz legend, Manu Dibango has died at the age of 86.

His family announced his death via his Facebook page. It was also stated that he died from complications of the dreaded Coronavirus, COVID-19.

A statement released by the family reads: “It is with deep sadness that we announce to you the loss of Manu Dibango, our Papy Groove, who passed away on 24th of March 2020, at 86 years old, due to Covid-19.”

“He died early this morning in a hospital in the Paris region,” his music publisher Thierry Durepaire said.

Dibango was the singer of one of the greatest songs in world music, “Soul Makossa” (1972).

He arrived in Marseilles, France in 1949 and was made Chevalier de la Légion d’honneur in 2010.

His musical career spanned 60 years.
Recommended stories you may like:

Coronavirus Cases Across Africa Now Over 3200