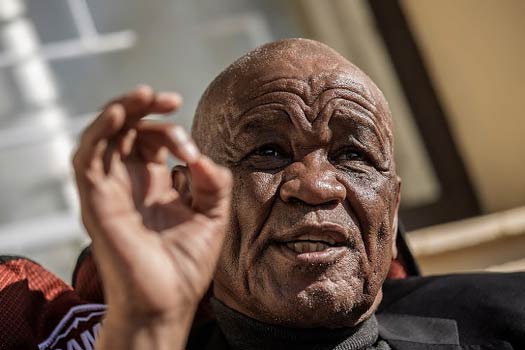 Lesotho’s Prime Minister, Thomas Thabane resigned on Tuesday following a month-long crisis in the southern African kingdom after he was accused of being complicit in his ex-wife’s murder. He formally resigned more than a week after his coalition government fell apart.

“I come before you today to announce that the work that you assigned me may not be over but the time to retire from the great theatre of action, take leave from public life and office has finally arrived,” the 80-year-old said in a televised address on Tuesday.

“I plead with the entire nation and leadership to give my successor utmost support and on my part I wish to assure him of my support at all material times,” he added.

Thabane had formally handed in his resignation to King Letsie III, the top traditional leader of the tiny mountainous kingdom.

Thabane, the leader of All Basotho Convention (ABC) party, was facing mounting pressure to step down over a case in which he and his current wife are suspected of involvement in the 2017 murder of his previous and estranged wife. The two accused have denied their involvement in the crime.

Thabane and his then wife, Lipolelo Thabane, 58 were going through a bitter divorce when she was shot dead outside of her home two days before her husband’s second inauguration as prime minister.

Still he denied any involvement in the murder but has been under mounting pressure to resign. He appeared in court in February but was not charged.

However, his current wife, Maesaiah has been charged with murder and attempted murder and is currently out on bail.

Thabane’s ruling coalition collapsed on May 11 and he had been expected to resign by May 22 when a new government is due to be installed.

Finance Minister, Dr. Moeketsi Majoro is expected to be sworn in as Thabane’s successor at the Royal Palace on Tuesday.