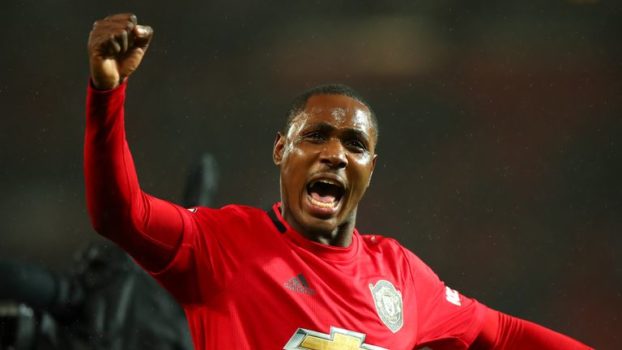 Things appear to be looking brighter for Nigeria’s Odion Ighalo as Manchester United have reached agreement with Shanghai Greenland Shenhua to extend his loan deal.

The initial loan deal for Ighalo, 30, was due to run out on May 31 but Man United came to an agreement with his parent club Shanghai Shenhua to extend the loan until January 2021.

His tally of four goals in eight appearances so far includes at least one strike in each of his three starts – against Club Brugge, Derby County (2) and LASK.

Ighalo was signed as cover for the injured Marcus Rashford in January and scored four goals in eight games in all competitions.

Ighalo will now hope to pick up from where he left off, after winning United’s Goal of the Month award for March with a stunning strike in their last match, the impressive 5-0 victory over Austrian club LASK in the Europa League.