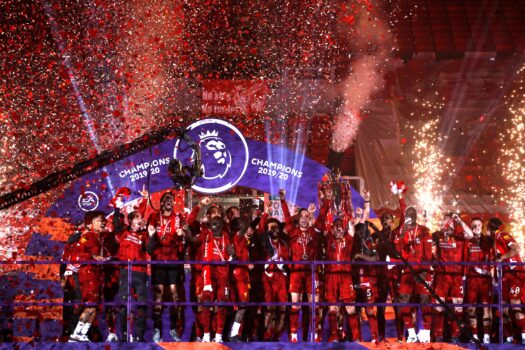 Liverpool has been crowned Premier League Champions for the first time in 30 years.

In the last home game of the season, Liverpool beat Chelsea 5-3 to record an 18th win in 19 league matches at Anfield. There were five different scorers for Liverpool: Naby Keita, Alexander-Arnold, Georginio Wijnaldum, Roberto Firmino and Alex Oxlade-Chamberlain.

“I am surprised,” Klopp said. “How can you put a shift in like this when everyone thinks you want to be partying afterwards?”

Liverpool’s victory comes at a cost to Chelsea. They would have qualified for Champions league football if they had drawn the match. They need at least a point to qualify as they play Wolves next Sunday.