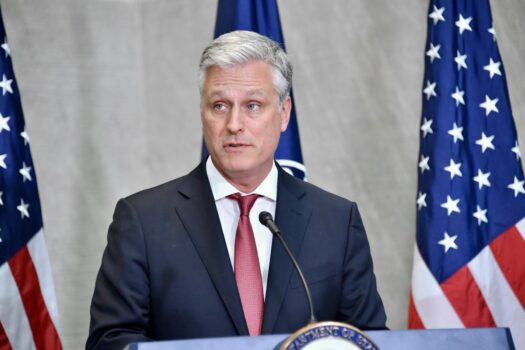 The White House confirmed that Robert O’Brien has “mild symptoms” of the virus – making him the highest-ranking US official to test positive so far.

Mr O’Brien has been self-isolating and “working from a secure location off site”, the White House said.

“There is no risk of exposure to the president or the vice president,” it added.

“The work of the National Security Council continues uninterrupted.”

It is believed that O’Brien came down with the virus after a family event.

More than four million cases of COVID-19 have been confirmed in the United States with over 146,000 deaths recorded.