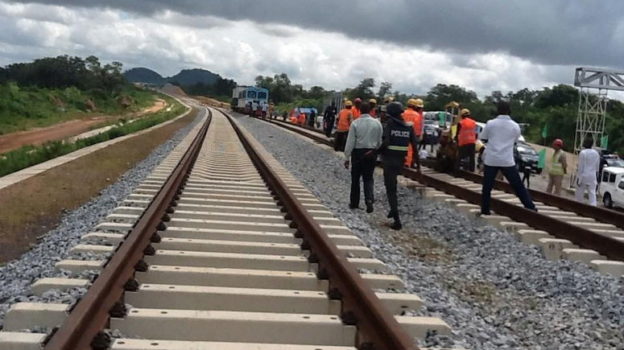 The Federal Government of Nigeria on Wednesday approved $1,959,744,723.71 for the construction of a rail line that will link Nigeria to Niger Republic.

The approval was given at a meeting of the Federal Executive Council presided over by President Muhamadu Buhari.

The Minister of Transportation, Rotimi Amaechi, told State House correspondents at the end of the meeting that the sum was approved for the development of the proposed rail line which will link Kano-Dutse-Katsina-Jibia to Maradi in Niger Republic.

The proposed rail line from Kano in Nigeria to Maradi in Niger Republic is going to cover a track length of 248 kilometres and will pass through seven senatorial districts in the North.

According to information gathered from the Federal Ministry of Transportation in Abuja, the rail line, which was budgeted for in the 2018 Appropriation Bill, will connect at least seven cities in Nigeria and one city in Niger Republic.

The rail line, which will start from Kano, is to pass through Dambatta, Kazaure, Daura, Mashi, Katsina, Jibia and terminate in Maradi, Niger Republic.

It will connect at least three states in the North, which are Jigawa, Kano and Katsina.