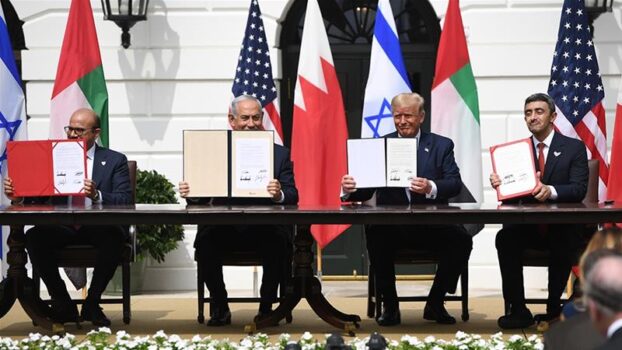 The United Arab Emirates (UAE) and Bahrain have signed agreements to normalise relations with Israel in a strategic realignment of Middle Eastern countries against Iran.

Prime Minister Benjamin Netanyahu signed a peace treaty with the Emirates and a declaration of peace with Bahrain, which will follow the usual procedure of past international agreements and will be brought for the approval of the government and Knesset.

“We’re here this afternoon to change the course of history,” Trump said at the beginning of the ceremony. “Together these agreements will serve as the foundation for a comprehensive peace across the entire region.”

The signing ceremony  showcased Trump’s close ties with Netanyahu. Both men have sought to boost each other at critical moments in their respective political campaigns. Trump’s staunchly pro-Israel stance is very popular among evangelicals and the broader GOP base.