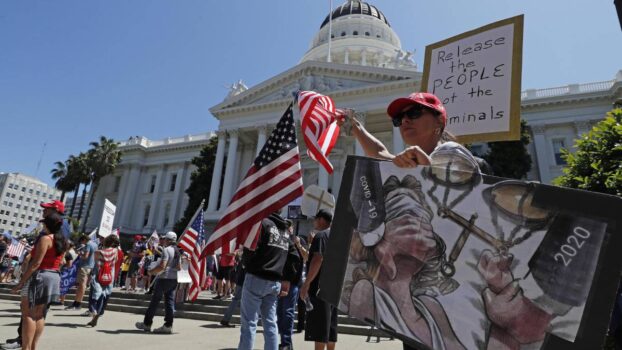 The United States passed the grim milestone of 200,000 deaths from COVID-19 yesterday with cases rising nationally and more controversy roiling the country’s response.

The bleak milestone, by far the highest confirmed death toll from the virus in the world, was reported by Johns Hopkins University based on figures supplied by state health authorities.

Even so, the real toll is thought to be much higher, in part because many COVID-19 deaths were probably ascribed to other causes, especially earlier on, before widespread testing.

The U.S. reached 100,000 deaths in May. Now, some experts estimate the death toll could almost double by year’s end.

Experts at the Institute for Health Metrics and Evaluation at the University of Washington predict 378,321 deaths by January 1.

As fatalities outpace earlier predictions, cases are also rising again, as many predicted, due to schools and colleges resuming and cooler weather drawing more people indoors for their activities.

For five months, America has led the world by far in sheer numbers of confirmed infections and deaths. The US has less than 5 percent of the globe’s population but more than 20 percent of the reported deaths.

Only five countries – Peru, Bolivia, Chile, Spain and Brazil – rank higher in COVID-19 deaths per capita. Brazil is second on the list of countries with the most deaths, with about 137,000, followed by India with approximately 89,000 and Mexico with about 74,000.