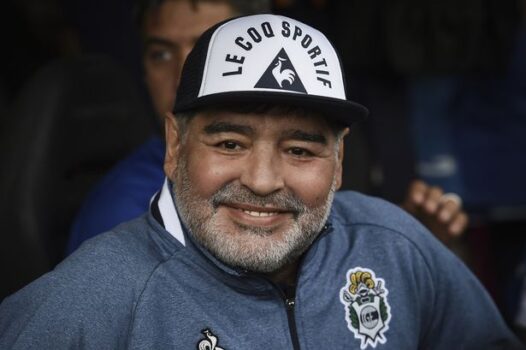 Argentinian football legend, Diego Maradona has died from a heart attack just days after turning 60. Maradona’s  lawyer said he died at home just two weeks after having surgery on a blood clot in his brain.

Widely regarded as one of the greatest players of all time on the pitch, his life off the pitch equally made the headlines with his battles with drug and alcohol addiction.

Maradona won the World Cup with Argentina in 1986, having knocked England out of the tournament in a match which saw him score the famous ‘Hand of God’ goal.

Maradona began his career at Argentinos Juniors before moving on to Boca Juniors where he was quickly picked up by Barcelona.

Just two seasons were spent at the Nou Camp though before he made the move to Napoli. It was in Italy that Maradona began to be recognised as one of the greatest of all time.

He was slapped with a 15-month suspension for violating drug regulations in 1991 and was thrown out of the 1994 World Cup after testing positive for ephedrine.

The final years of his career were masked in controversy, but his talents on the football pitch were always unmatched.

Lionel Messi, now regarded as the greatest footballer, admitted five years ago that Maradona helped shape his path into football.

“I never followed anyone in particular, although when I started to think for myself, Diego [Maradona] had recently returned home,” he said in 2015.

“That was in 1993. He joined Newell’s Old Boys when he came back from Spain and was part of the national team that qualified for USA ’94.

“If anybody inspired me starting out, it was undoubtedly him.”