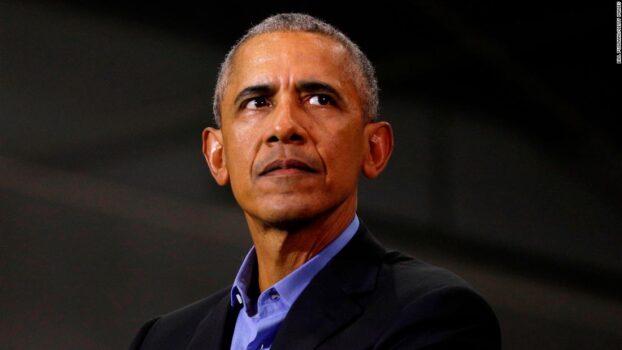 Former United States President, Barack Obama has called on incumbent President Donald Trump to concede defeat in the recent US election. He urged him to put the good of the country above his own ego and self-interest as there was no scenario under which the outcome of the presidential election held earlier this month could be reversed.

President-Elect Joe Biden currently has 306 of the 538 electoral college votes, 36 votes above the required halfway mark of 270. Trump, who is refusing to concede, has 232 electoral college votes. He has challenged the election results in various states, including Pennsylvania, Nevada, Michigan, Georgia, and Arizona, alleging, without evidence, that there was fraud in the electoral process.

“A president is a public servant. They are temporary occupants of the office, by design. And when your time is up then it is your job to put the country first and think beyond your own ego, and your own interests, and your own disappointments,” Obama said, speaking on CBS’s 60 Minutes.

“My advice to President Trump is, if you want at this late stage in the game to be remembered as somebody who put country first, it’s time for you to do the same thing.”

“When you look at the numbers objectively, Joe Biden will have won handily. There is no scenario in which any of those states would turn the other way, and certainly not enough to reverse the outcome of the election.”

There is concern that because of Trump’s  delaying of the transition,  Biden and his team are not receiving the benefits of full briefing from the intelligence services.