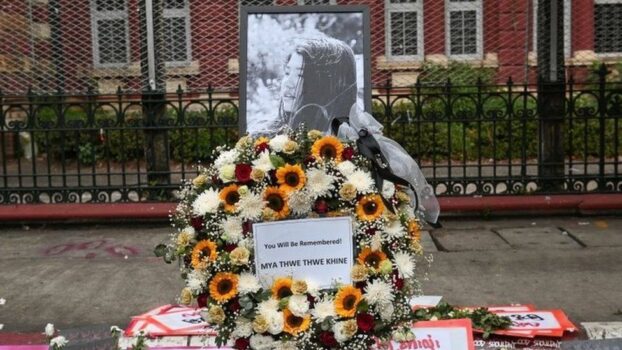 A young woman has become the first protester to die in the anti-coup demonstrations in Myanmar after she was shot in the head.

Video showed her sheltering from water cannons and suddenly dropping to the ground after a bullet penetrated the motorcycle helmet she was wearing. She had been on life support in a hospital with what doctors said was no chance of recovery.

Myanmar is now in a year-long state of emergency, after the military seized power following a general election which saw Ms Suu Kyi’s National League for Democracy (NLD) win by a landslide.

The military claim the election results are fraudulent, and demand a rerun of the vote.

Protesters are calling for her release, along with the release of other NLD members.