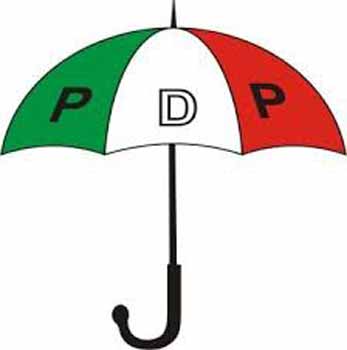 The National Working Committee, NWC, of the Peoples’ Democratic Party ,PDP, has released the timetable and schedule of activities for the ward, local government and state congresses in Yobe State.

A statement by its National Organising Secretary, retired Colonel Austin Akobundu, in Abuja, Thursday, revealed that the congress was for the election of new wards, local governments and state executive committee members.

Whereas the screening of aspirants for the state executive and ward congresses appeals holds on April 8 and 9 respectively, local government congresses to elect LGA excos and national delegates will hold on April 10, while LGA congress appeals and screening of state exco are fixed for April 11.

While urging leaders, stakeholders and teeming members of the PDP in the state to be accordingly guided for a smooth and hitch-free exercise, he said the congresses will be conducted in line with the Constitution and Guidelines of the party, as well as COVID-19 protocols of the Nigeria Centre for Disease Control.