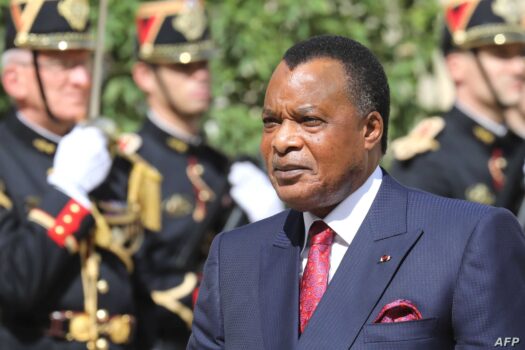 The Constitutional Court of the Republic of Congo on Tuesday endorsed the re-election of President Denis Sassou Nguesso in the March 21 vote, after rejecting the opposition’s appeal.

“On the final results of the election (…), the Constitutional Court has made the necessary rectifications and adjustments. The candidate Denis Sassou Nguesso, who won 88.40% of the presidential vote, has been declared elected,” said Auguste Iloki, president of the country’s highest judicial body.

“The appeals for annulment and postponement of the presidential election” presented by Mathias Dzon, Jean-Jacques Serge Yhombi Opango and Christian Mozoma are deemed “inadmissible”, he added.

At the end of March, these opponents had filed appeals against the landslide re-election in the first round of Mr. Sassou Nguesso who was credited with 88.57% of the vote, according to the provisional results.

Mr Sassou Nguesso, 77, has spent a total of 36 years in power in Congo-Brazzaville leading authoritarian regimes in the small oil-rich Central African country.