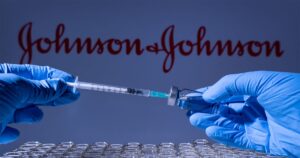 In a media briefing on Tuesday, the country’s Health minister, Dr Zweli MkhizeMkhize, said that the decision was taken following the Food and Drug Administration’s recommendation to temporarily pause the J&J vaccine programme in the USA.

“Based on their advice, we have determined to voluntarily suspend our rollout until the causal relationship between the development of clots and the Johnson & Johnson vaccine is sufficiently interrogated,” he said.

“It’s important to be aware that with any vaccine it is essential to closely monitor its safety and efficacy. If a problem is reported following a vaccination, a thorough investigation should take place,” he said.

The vaccine has already been administered to about 290,000 health workers in South Africa as part of an early access programme called the Sisonke Protocol.

The South African comes after the US Food and Drug Administration (FDA) suspended use of the vaccination pending a review of a possible causal link with a rare type of blood clot in the brain that was reported in six women in the US coupled with low levels of platelets.

Similar concerns in Europe led to the suspension of the AstraZeneca vaccine.