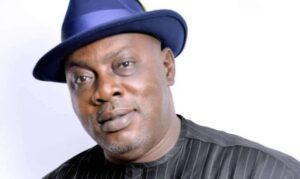 Kenneth Ogba was reported to have slumped and died on Sunday evening. He was aged 54.

His death has come only a few months after the demise of the Isoko born Majority Leader of the House, Hon. Tim Owhefere.

The late Mr. Kenneth Ogba who hails from Oleh, headquarters of the Local Government Area, was the first son of his aged father, Chief Lucky Ogba.