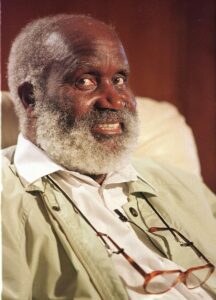 The founding father of Zambia succumbed to pneumonia while in a hospital in Lusaka on Thursday.

“President Kaunda was a pioneering champion of a decolonised, united and prosperous Africa. He represented his country and our continent with distinction on global platforms.”

“In remembrance of this great leader, we have decided to declare a period of mourning for 10 days in his memory and for that 10 day period, our national flag will fly at half-mast,” Ramaphosa said in a statement.

Zambia itself is observing 21 days of national mourning, with flags flying at half mast and all entertainment banned.

In neighbouring Botswana, President Mokgweetsi Masisi has ordered seven days of mourning in honour of the “selfless” Kaunda, an “iconic statesman of the highest credentials”.

Kaunda ruled Zambia for 27 years, taking the helm after the country gained independence from Britain in October 1964.