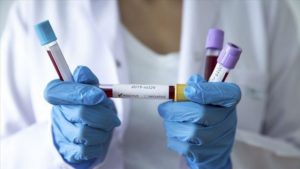 The World Health Organization (WHO) has designated a new coronavirus strain detected in South Africa as a “variant of concern”, prompting countries around the world to impose travel restrictions amid fears over its potential spread.

A WHO advisory panel on Friday said early evidence shows the new B.1.1529 variant, which it dubbed Omicron poses an increased risk of reinfection compared with other highly transmissible strains.

Global authorities reacted with alarm to the emergence of Omicron, which was first found in South Africa and has since been detected in Belgium, Israel, Botswana and Hong Kong.

The European Union and the United Kingdom have imposed restrictions on travellers from several countries in southern Africa as researchers seek to find out if the mutation was vaccine-resistant, while the United States announced that similar curbs would begin on Monday.

Maria Van Kerkhove, the WHO’s COVID-19 Technical Lead, said on Friday that Omicron was designated as a “variant of concern” because it has some “worrying” properties.

“It has a large number of mutations and some of these mutations have some worrying characteristics,” Van Kerkhove said in a video posted on Twitter. She added that multiple studies are under way in South Africa and other countries to better understand the severity, transmissibility and characteristics of Omicron, however.

The WHO urged all countries to adopt a risk-based and scientific approach to travel bans linked to the new variant identified in South Africa and Botswana.

Van Kerkhove thanked researchers from these countries for openly sharing information to the UN health agency.

“Everyone out there: do not discriminate against countries that share their findings openly”, she urged, as countries such as Britain, France and Israel have moved to cancel direct flights from South Africa and surrounding nations.

According to South African health authorities so far, fewer than 100 cases of the new variant have been confirmed, largely among young people who have the lowest vaccination rate in the country.

“Countries can do a lot already in terms of surveillance and sequencing and work together with the affected countries or globally and scientifically to fight this variant and understand more about it so that we know how to go about…so at this point implementing travel measures is being cautioned against”, WHO spokesperson Christian Lindmeier told journalists in Geneva.

The WHO officials reminded previous advice: people can do a lot to protect themselves from COVID, including by continuing to wear masks and avoiding crowds.

“Everybody that’s out there needs to understand that the more this virus circulates the more opportunities the virus has to change, the more mutations we will see”, said Dr. Van Kerkhove.

“Get vaccinated when you can, make sure you receive the full course of your doses and make sure you take steps to reduce your exposure and prevent yourself from passing that virus to someone else”, she added.