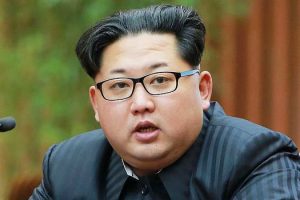 North Korea fired a suspected ballistic missile off its east coast on Wednesday, authorities in Japan and South Korea said, in the nuclear-armed country’s first show of force this year.

Japan’s coast guard, which first reported the launch, said the projectile could be a ballistic missile but did not provide further details.

South Korea’s Joint Chiefs of Staff (JCS) said that the missile was launched eastwards at about 8:10am (23:10 GMT) from a land-based platform, according to the Yonhap news agency.

“For additional information, the intelligence authorities of South Korea and the United States are conducting a detailed analysis,” the Yonhap news agency reported JCS saying in a text message that was sent to journalists.

Between September and November, North Korea performed a spate of weapons tests in what experts called an attempt to apply more pressure on its rivals to accept it as a nuclear power state in the hopes of winning relief from economic sanctions. The weapons tested included a submarine-launched ballistic missile and a developmental hypersonic missile. Since its artillery firing drills in early November, North Korea had halted testing activities until Wednesday’s launch.

The Biden administration has repeatedly said it is open to resuming nuclear diplomacy with North Korea “anywhere and at any time” without preconditions. The North has so far rebuffed such overtures, saying US hostility remains unchanged.