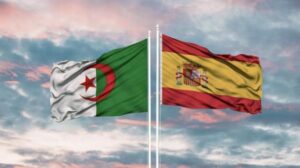 Algeria has announced the North African nation is “immediately” suspending a two-decades-old friendship treaty with Spain – a decision Madrid said it regretted – and banning all imports from Spain.

The statement from Algerian President Abdelmadjid Tebboune’s office cited on Wednesday what it said was the “unjustifiable turnaround” in March on Spain’s position, amounting to a “fait accompli using fallacious arguments.” It said that Spain has since campaigned “to justify” its position.

The statement said Spain was abusing its role as an “administrating power” in Western Sahara until the United Nations sorts out the decades-old situation over the status of the vast, mineral-rich territory.

It is, therefore, “contributing directly to the degradation of the situation in Western Sahara and the region,” the Algerian president’s office said.

“In consequence, Algeria has decided to proceed immediately with the suspension” of the treaty, which has served as the framework in the two countries’ ties, the statement said. The treaty dates to 2002.

It was the latest blow to increasingly wobbly relations between Algiers and Madrid — which depends on Algeria for its natural gas supply.

Tensions have soared in a complex three-way dispute after Spain apparently gave its backing to Morocco’s position over the disputed Western Sahara territory. Algeria backs the Polisario independence movement in the region, which rejects Morocco’s annexation of Western Sahara. The Polisario are encamped in southern Algeria.

Spain’s government said it regretted Algeria’s decision and reaffirmed its commitment to the friendship treaty.

“The Spanish government regards Algeria as a friendly neighbour country and restates its complete readiness to keep and develop the special cooperation relationship between our two countries, to the benefit of the people of both,” a Spanish Foreign Ministry statement said.