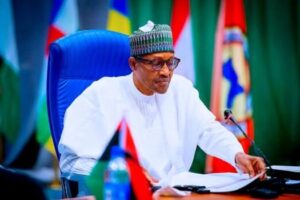 President Muhammadu Buhari has reversed his authorisation of the acquisition of ExxonMobil Corporation assets by Seplat Energy Plc.

Buhari had on Monday approved the acquisition as announced in a statement signed by presidential spokesperson, Garba Shehu.

However, the Nigerian Upstream Petroleum Regulatory Commission (NUPRC) later expressed its displeasure at the approval, describing it as a regulatory matter.

Shehu said the president has decided to support the position of the Nigerian Upstream Petroleum Regulatory Commission (NUPRC) in the deal.

He said previous confusion was because “various agencies involved in (the) decision had not coordinated well among themselves”.

In February, Seplat had agreed to acquire the entire share capital of MPNU from Exxon Mobil for $1.3 billion.

In May, the commission declined to approve the proposed acquisition due to what it described as overriding national interest.

Owing to the development, Seplat Energy in a corporate filing on Wednesday, said it followed due process in the acquisition of the assets.