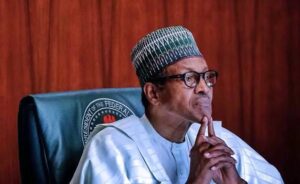 President Muhammadu Buhari on Thursday, promised that the military will not stop or reduce its efforts to rescue the remaining 31 abductees of the March 28 train attack, through non-combative means.

According to a statement by his Senior Special Assistant on Media and Publicity, Garba Shehu, the President said this when he met with representatives of families of the abducted persons in Abuja.

The President assured the representatives that the Federal Government is doing everything within its powers to ensure the safe return of the remaining captives.

He however, explained that the government will not employ lethal force in freeing the remaining hostages.

He said, “I have been informed that at last count, there remain about 31 people in the hands of the kidnappers, and our determination is to work towards returning these 31 people to their families.

“It is understandable that emotions typically run high, we have received several suggestions about the deployment of lethal military force in extracting those still being held in captivity.

“This option has indeed been considered and evaluated. However, the condition to guarantee a successful outcome and minimise potential collateral damage could not be assured and therefore that course of action had to be reluctantly discarded.

“My primary concern is to get everyone released safe and unhurt.”

On March 28, armed men blew up a train travelling between Abuja and Kaduna and opened fire, killing eight people, wounding 26, and taking an unspecified number of passengers hostage.

Dozens of hostages have already been freed following negotiations, but 31 remain in captivity.