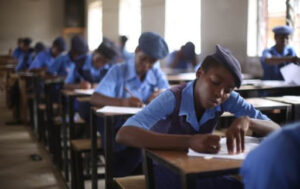 This was disclosed by the Head of National Office, West African Examinations Council (WAEC), Patrick Areghan during a briefing in Lagos on Monday.

Areghan clarified that of the 1, 061,047 candidates that took the test, 365,564 candidates, representing 22.83 per cent of the total number, had their results withheld in connection with various cases of malpractice.

According to him, this is 11.74 per cent higher than the 10.9 per cent recorded in 2021. He blamed the development on failure of students to study for examinations, noting that many relied on non-existent ‘expo’.

Areghan said: “Preparations for examinations are poor, candidates are no longer ready to learn. They simply got frustrated when they entered the examination hall and discovered that all they had celebrated was fake. This had pitiably led to some of them failing the examination, which, if they had relied on themselves and studied hard, they would have passed like many others.”

He stated, “The analysis of the statistics of the performance of candidates in the examination shows that out of the 1,601,047 candidates that sat the examination, 1,409,529 candidates, representing 88.04%, obtained credit and above in a minimum of any five subjects (i.e with or without English Language and/ or Mathematics.

“1,222,505 candidates, representing 76.36%, obtained credits and above in a minimum of five subjects, including English Language and Mathematics.”