Traditional Rulers Are To Blame For Killings –El-Rufai 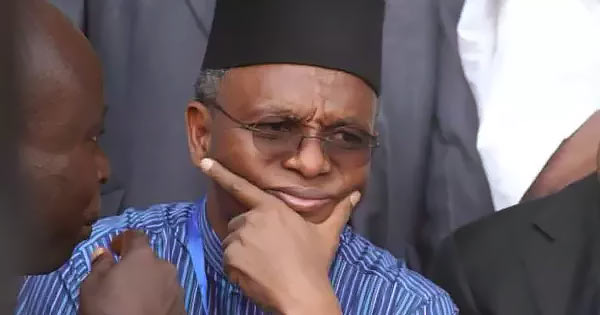 Kaduna State Governor, Nasir El-Rufai has lashed out at Nigerians for blaming him for the Southern Kaduna killings.

Answering questions on Channel’s “Sunrise Daily” on Thursday, El-Rufai stated that Nigerians have resorted to blaming him for the attacks despite his numerous efforts to quell the tensions in the affected areas of the state.

Speaking on the crisis, El-Rufai revealed that some traditional rulers in the state are to blame for the unrest, adding that they were sabotaging his efforts at bringing peace.

He chided the media for negatively framing reports about his monetary compensation of the Fulani herdsmen, claiming that the killings started right from his predecessor, Late Governor Patrick Yakowa while his government has been the one fighting tooth and nail to bring a lasting solution to the problem.

He stated: “In March 2016, the Kafanchan Peace Declaration was signed and in May, another crisis broke out. The conflict entrepreneurs who have been benefiting from the conflicts decided they had to derail the peace process.”

The Governor also revealed steps taken to quell the situation which include prosecuting those responsible for the crisis and working closely with the traditional rulers but unfortunately, according to him, some of them are the problem.