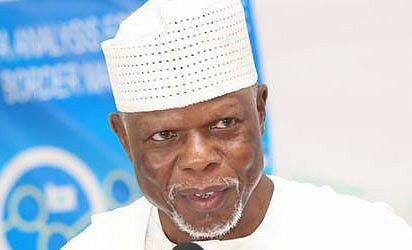 The Nigerian Senate has asked the Comptroller General of the Nigerian Customs Service, Hameed Ali to resign following his refusal to appear before the Senate today. This comes after a suit filed on behalf of the CG at an Abuja High Court asking for a perpetual injunction restraining the Senate from forcing Ali to wear the Customs uniform while performing his duties.

Hameed Ali had earlier stated his position when he told the press that the Attorney General of the Federation had written to the National Assembly advising lawmakers to maintain the status quo, pending the outcome of the suit.

The Senate Clerk also read before the lawmakers a letter from the Attorney General telling the Senate to stay any action on the issue of the Customs boss not wearing the Service uniform until the court had pronounced judgment on it.

This only angered the lawmakers who claimed that Ali was not fit to hold any public office. The lawmakers also asked the Customs chief to cancel his new duty policy for imported vehicles.

Ali who had defied the Upper House on their demand that he appeared before them in service uniform, entered the Senate chambers last week in white kaftan and was sent away by the lawmakers.