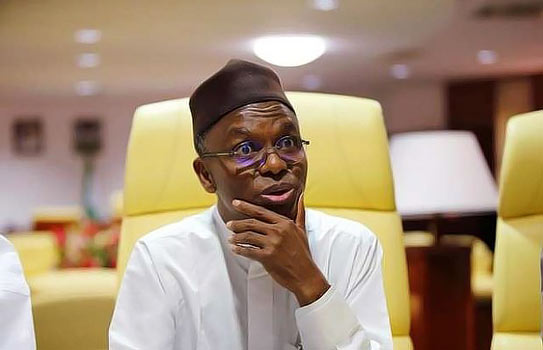 The Chairman of the Akida faction of the ruling All Progressives Congress (APC) in Kaduna State, Tom Maiyashi has said that recent reports about President Muhammadu Buhari endorsing Governor Nasir El – Rufai for a second term were ridiculous and laughable.

Maiyashi stated this on Thursday during an interview session with journalists in Kaduna. He said the people of the state will determine El-Rufai’s fate as he had inflicted terror on them in his two years of governance.

“That endorsement was laughable and ridiculous. This is somebody who said it is only a dull student that repeats a class. Is he now saying he has lost all his wisdom and is now so dull to repeat a class? I am the headmaster of that class and I’m going to whip him into line.

“I thought we have taught him enough to be brilliant but since he has decided to repeat a class, we wish him the best of luck. Ridiculous! That shows his level of desperation. This is somebody that says there is nothing attractive in repeating a class. So why is he announcing to the world that Mr. President has endorsed him to contest again? That means that he is doubting himself that he cannot unless Mr. President asks him to do so.

“He is just looking for an alibi and that shows how unfit, low and unqualified he is to be the state governor.”

Describing El-Rufai as an evil which he would never support, Maishayi, who is a former commissioner of education in the state said there were other more qualified governorship candidates in the 23 local government areas of the state who were lining up to oust El – Rufai in 2019.