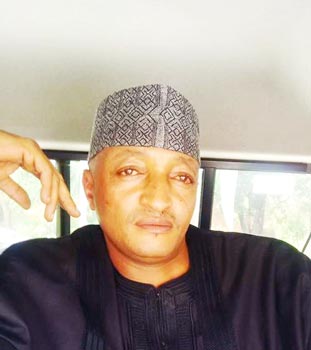 A 2011 gubernatorial candidate of the defunct Congress for Progressives Change (CPC) in Bauchi State, Alhaji Adamu Danchina has declared his intention to contest in the 2019 Presidential Election under the platform of KOWA party.

Speaking to journalists in Bauchi on Thursday, Alhaji Danchina alleged that the All Progressives Congress (APC) government led by President MuhammaduBuhari has performed way below expectation and failed to fulfil its campaign promises, more than two years into its rule.

He said the bad governance currently being witnessed in the country was as a result of the absence of qualified professionals to head Ministries, Departments and Agencies, as according to him, most of the ministers and heads of extra-ministerial departments appointed by President Buhari have no relevant experience to perform and bring the required development to the country.

Danchina, who is a miner and environmental expert promised to diversify the economy if elected into office through the revamping of the nation’s industries, farming and mining activities  as well as reducing the over dependence on oil as the only source of revenue to the government.

“Industrialization in Nigeria is neglected. Mining and farming can provide numerous jobs to teeming unemployed citizens. But it is unfortunate that this important mining sector has been neglected despite the abundant mineral resources God endowed the country with,” Danchina said.

He added: “Since I finished my education, I never worked with government. I engaged in mining activities for over 21 years and now I am successful.”