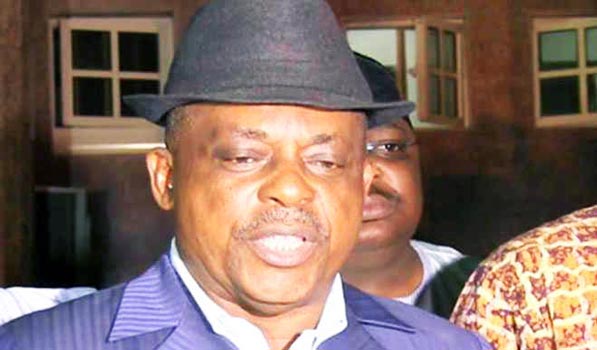 The newly-elected National Chairman of the opposition Peoples Democratic Party (PDP), Prince Uche Secondus has alleged that the Federal Government was building more prisons across the country in preparation to clamping down on members of the party in 2018.

Secondus stated this on Tuesday at the opening of a two-day retreat for members of the newly-elected National Working Committee (NWC) of the party.

He stressed that it was wrong and unacceptable for the APC -led government to be persecuting members of the PDP simply because of their refusal to defect to the ruling party.

“They should remember that almost everybody they had put in jail wrongly came back to become President. This is because they were jailed unjustifiably. So, if they are persecuting us, let them continue. But we will not withdraw the ultimatum we gave them to quit Aso Rock in 2019.

“APC should stop intimidating our leaders. We will no longer take it; enough is enough. Enough of this; we are not in a military era. What I am telling them is that God is not sleeping. When the time comes, the people will speak through their votes.

“We handed over freely in 2015 and they should be prepared to hand over to us. No amount of intimidation will distract Nigerians.”