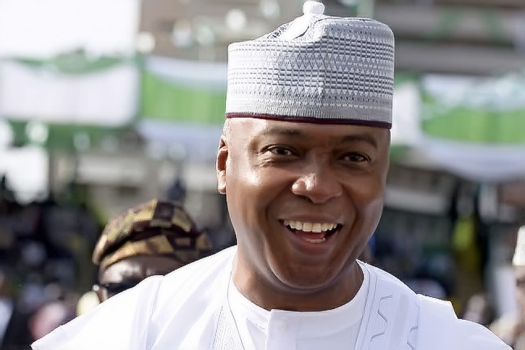 The candidate of the Peoples Democratic Party (PDP) in the Kwara Central Senatorial elections of 2015,  has sued the Independent National Electoral Commission (INEC) for manipulating the results that produced Dr. Bukola Saraki as Senator representing the district.

Alhaji Abdulrazaq on Monday filed a suit at the Federal High Court in Abuja seeking an order of mandamus compelling INEC to prosecute Alhaji Ladi Hassan, an agent to Senator Saraki during the collation of the results of the election as well as the collation/returning officer, Mrs. Mulkah Ahmed.

In the suit marked FHC/ABJ/CS/92/2018, the plaintiff alleged that Saraki was declared the winner of the election on March 28, 2015, when the results were allegedly collated by only Ahmed at the district level the following day, March 29.

Attached to his suit were two documents marked Exhibit I, said to be showing that the summaries of results from wards and Local Government Areas that make up the senatorial district were finally compiled on March 29, 2015 as the date on each of the forms carried the same collation date.

Exhibit 2 was said to be INEC’s Form EC 8E(1) which is the Declaration of Results of Election complied by Dr. (Mrs.) Mulkah Ahmed and Ladi Hassan, agent to Saraki.

An affidavit deposed to by the plaintiff’s aide, Alhaji Adebayo Oloyin stated in part :“That it is common sense that collation date will always precede declaration date as the collation dictates declaration of results.”

The deponent explained that the “offence” committed by the accused persons cost his boss the merit of his petition at the Elections Petitions Tribunal challenging the election of Senator Saraki who is currently the President of the Senate.