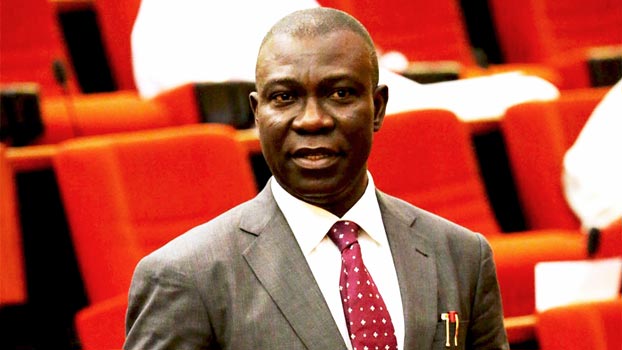 The Federal Government has approached a Federal High Court  in Abuja to seek an order of temporary forfeiture of about 22 houses allegedly belonging to Deputy Senate President Ike Ekweremadu.

The said properties are located in the Federal Capital Territory , Abuja, London, Florida in the United States and Dubai in the United Arab Emirates.

In an ex parte application filed on Wednesday by Festus Keyamo (SAN) on behalf of the Special Presidential Investigation Panel for the Recovery of Public Property (SPIPRPP), Ekweremadu is accused of breaching the Code of Conduct for public officers by his alleged failure to declare the properties in his last Asset Declaration Form.

The application filed pursuant to Section 330 of the Administration of Criminal Justice Act,  the Recovery of Public Property (Special Provisions) Act and Section 44 (2)(k) of the Constitution seeks mainly an order for interim forfeiture of the said properties to the Federal Government.

The ex parte application said it prays the court for an order “temporarily attaching/forfeiting the properties listed in the Schedule B hereunder to the Federal Government of Nigeria, pending the conclusion of further inquiry/investigation by the Special Presidential Investigation Panel for the Recovery of Public Property and/or possible arraignment of the respondent (Ekwerenadu).”

The applicant relied on the grounds that the properties listed in Schedule A were the properties declared by the respondent in his Assets Declaration Form at the Code of Conduct Bureau (CCB).

The application further stated that investigations and inquiries by the SPIPRPP revealed that the properties listed in Schedule B also belong to the respondent and so belonged to him when he declared the assets contained in Schedule A.

The applicant stressed that the properties listed in Schedule B were also not declared in Ekweremadu’s Assets Declaration Form, adding that preliminary investigations reveals that a prima facie case of breach of the Code of Conduct for public officers had been established against the respondent.

But the Deputy Senate President in a statement released through his Media Adviser, Uche Anichukwu defended his integrity saying that he had no assets to be forfeited to the Federal Government.

According to the statement, Ekweremadu said that the filing of a motion for the recovery and forfeiture of his assets was part of the politics  leading up to the 2019 general elections.

“The attention of the Office of the Deputy President of the Senate, Senator Ike Ekweremadu, has been drawn to a motion ex-parte filed by Festus Kenyamo on behalf of the so-called Special Presidential Investigation Panel for the Recovery of Public Property for an order to temporarily forfeit assets it claimed the Senator did not declare with the Code of Conduct Bureau, CCB.

“Senator Ekweremadu, however, wishes to state unequivocally that he declared all his assets with the Code of Conduct Bureau as required by law.

“The so-called panel sought and obtained his Assets Declaration Form but could not look a them since it is clearly out on a vendetta and smear campaign championed by Mr. Okoi Obono-Obla.

“This is clearly part of the politics of 2019, and is further exposing those who colluded with the dismissed former Chief Judge of Enugu State, Justice Innocent Umezulike and his cronies to steal and doctor his will.

“The Senator has, nevertheless, briefed his lawyers and will meet the panel in court. Again, Senator Ekweremadu wishes to assure all his supporters and well-wishes that there is nothing to worry about. Like others, this will pass away,” the statement read.