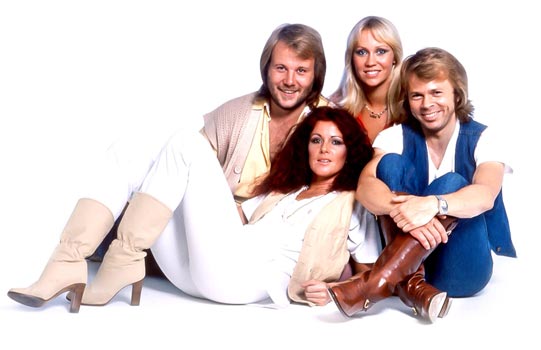 Swedish pop band, ABBA has announced that it is set to release new music for the first time in 35 years.

Band members Agnetha Faltskog, Bjorn Ulvaeus, Benny Andersson and Anni-Frid Lyngstad had in 2016 announced that they would be embarking on a world-wide tour in 2019 but in digital form as holograms alongside a live band.

The quartet who has recorded two new songs including ‘I Still Believe In You’ said they decided to come together one more time and make music because they thought and felt it would be fun.

ABBA, who were catapulted into global limelight after winning the Eurovision Song Concert for Sweden in 1974 at the Dome in Brighton, England is one of the most successful pop acts in history, topping the global music charts from 1974 to 1982.

They also are  the most prestigious group to have taken part in the Eurovision, having sold more than 500 million records, making them the best-selling artistes of all time.

During their heydays, Faltskog and Ulvaeus were married, as were Lyngstad and Andersson. Their success however resulted in both unions collapsing, leading to the eventual disbandment of the group in 1982.

Since then, their popularity and fame has really never waned with multitudes of tribute bands performing their hit songs to audiences around the world over the years.

In addition, several films have been shot based on their music, including ‘Mamma Mia!’ which was released in 2008 and became the highest grossing movie in the United Kingdom that year.