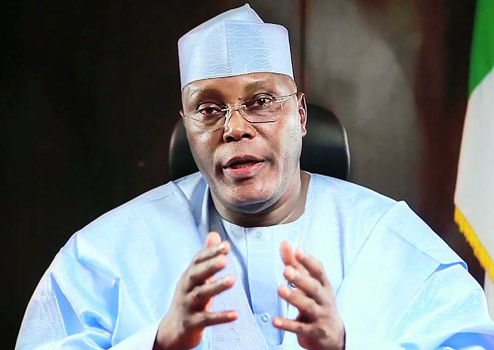 The spokesman of the Atiku Abubakar Campaign Organization, Segun Showunmi has claimed that it will be a colossal catastrophe if the Peoples Democratic Party (PDP) fails to field his principal as its candidate in the 2019 presidential election.

Speaking with reporters on Monday, Showunmi maintained that Atiku deserved the presidential ticket of the PDP as he was well versed and experienced in Nigeria’s political system and has a deep understanding of the peculiarity of democracy in the country.

Describing Atiku as a nationalist who listens to the yearnings of the people, Showunmi added that the former vice president remained the only person that could give President Muhammadu Buhari a run for his money in 2019.

“There are many Nigerians but he has unique political qualities that distinguish him from others. Many of the aspirants cannot generate exciting emotions outside of their zone.

“Some of them are just looking at presidency like ambition; they cannot articulate what they want to do with the opportunity. Nigeria needs a leader that has a global reputation.

“Atiku is obviously better than other aspirants including the opposition aspirants. He has a bigger vision for Nigeria. None of the presidential aspirants could challenge Buhari in the 2019 election and succeed.

“Atiku is the only person that could do that. It will be unwise for PDP to bring an unpopular candidate to challenge the incumbent President. That would be disastrous.

“He is open to fresh ideas and he believes that all the tribes should bring ideas to the discussion table so we could collectively and extensively discuss and appease all warring factions.”