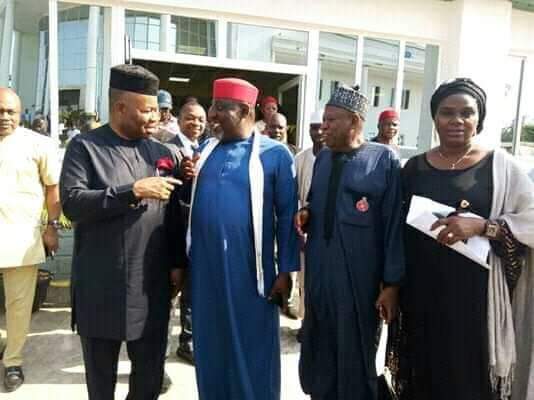 The Imo state governor, Owelle Rochas Okorocha on Thursday said the crisis currently rocking the state chapter of the ruling All Progressives Congress (APC) has gone beyond reconciliation.

Speaking when the APC Reconciliation Committee led by Governor Abdullahi Ganduje of Kano State visited the state, Okorocha noted that Imo people have decided to move to other political platforms.

Okorocha said Imo people have been short-changed in their choice of who to govern them in 2019, stressing that it was too late in the day for the party to correct the wrongdoing.

He however said that he remained a loyal and committed member of the APC and would contest the Imo West Senatorial in 2019 seat under the party .