Scroll to Top
Follow
Home » Politics » Ambode Is A Lame Duck, No Governance In Lagos Till After May – Jimi Agbaje

Ambode Is A Lame Duck, No Governance In Lagos Till After May – Jimi Agbaje 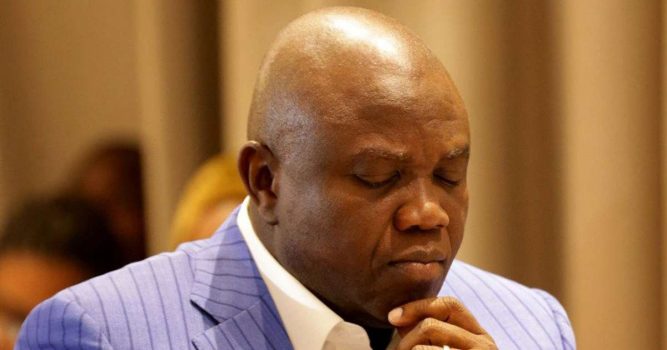 Governorship candidate of the Peoples Democratic Party (PDP) in Lagos State, Jimi Agbaje, has called the incumbent Governor of  the state, Akinwunmi Ambode a lame duck for the delay in the presentation of the 2019 budget.

Agbaje also said he did not expect any further governance in the state until after May 2019 when a new government will be constituted.

“It is not surprising. I do not expect governance until after May 2019. “The governor has become a lame duck. We hear that approvals are now given in other quarters. When democracy collapses in a ruling party, the people bear the brunt,” he said.

This is the first time in over ten years that the state’s budget was not passed before the commencement of the year.