I’m Not Bothered About My Senatorial Election Loss – Ajimobi 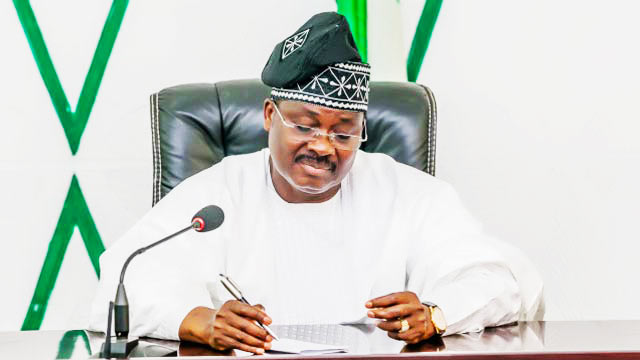 Governor of Oyo State, Senator Abiola Ajimobi on Saturday said that he was not perturbed by his loss at the February 23 election for Oyo South Senatorial District.

Speaking while presenting awards at the grand finale of the Ibadan Week organized by the Central Council of Ibadan Indigenes (CCII) at the Adamasingba Stadium, Ajimobi said he was satisfied because his people had voted for him three times in the past.

The Governor contested under the platform of the All Progressives Congress (APC) during the February 23 general elections but lost to Dr. Kola Balogun of the Peoples Democratic Party (PDP).

“Some people are saying Ibadan people did not vote for me. I said but they had voted for me three times before and I won. That means 3-1. So, there should not be any cry about it,” he said.